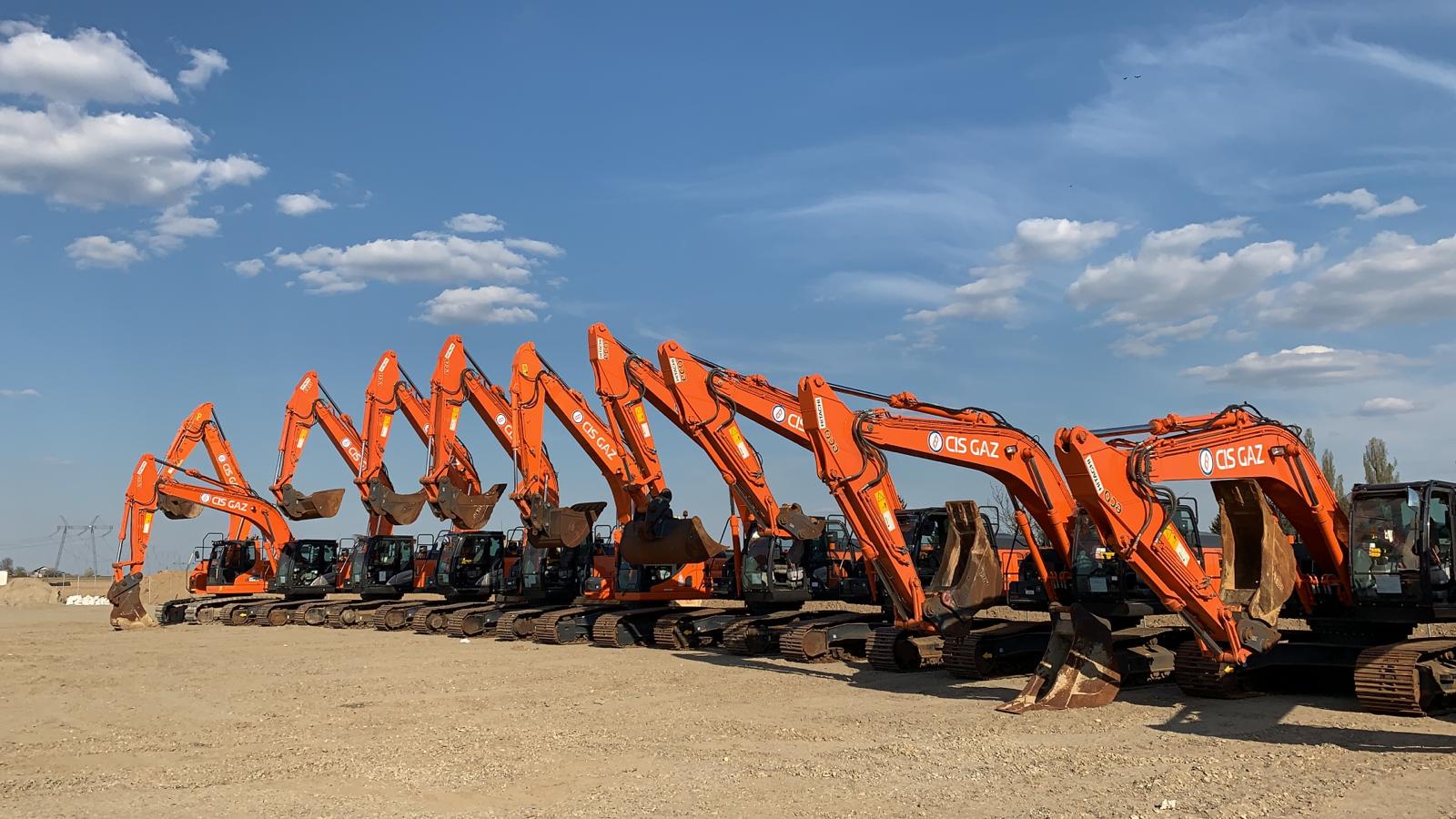 Active for almost three decades in the market, CIS GAS has been built on five values: family, honor, integrity, respect, and security. Values which Ioan Călugăr, founder of the family business CIS GAZ, 100% Romanian, also passed on to the present owner and administrator of the company, Horațiu Sebastian Calugar.

Some of us have not yet woke up from the abides of freedom brought by the December 1989 Revolution, when Ioan Călugăr set up CIS GAZ, a company that was active in the gas pipeline construction and assembly services sector in the beginning. After his son, Sebastian, was involved in the company, CIS GAZ diversified its business directions in the nearly 30 years of its existence.

In 2005, CIS GAZ obtained a license as a natural gas supplier, becoming an alternative to major suppliers in Romania for both industrial and domestic customers.

The year 2008 is a turning point for CIS GAZ when the management of the company realized that it could dream bigger. At least, bigger than Mures county.

Thus, in 2008, the company takes an important step and becomes an exclusive distributor in Romania and Moldova of the products and services of US company TD Williamson and a global company in the Netherlands, Stopaq, for anti-corrosion protection for pipes.

“Between 2009-2010 we have succeeded in proposing a new concept of pipeline rehabilitation in Romania, namely rehabilitation of pipelines through the relationship method, with a product from the United States, Thermoflex”, completed Sebastian Calugar, CEO of CIS GAZ SA since 2012. The technology is today owned by Baker Hughes. In 2012-2014, CIS Gaz became, through a partnership with Soventix from Germany, the developer of a photovoltaic park in Cuci, near Iernut, a park producing 2.1 MWh of electricity.

In 2016, CIS GAZ celebrated its 25 years since its establishment and CIS GAZ owners celebrated the first quarter of a century along with all those who contributed to the development of the company. “A fantastic moment”, as Horațiu Sebastian Calugar recognized, a time when CIS GAZ partners were assured that the plans of the company from Târgu Mureș were long-standing.

And as we will show you further, CIS GAZ affairs indeed were and are forward-looking.

Since 2016, CIS GAZ has managed to develop and consolidate the projects contracted with OMV Petrom, Romgaz, and Transgaz, worked very well on the big infrastructure projects, on the relocation of pipelines in the area of highway yards in particular, such as Lugoj-Deva, Ungheni-Campia Turzii, proceeded with the maintenance, service and cleaning projects and pipeline inspections with smart PIG.

And not only that. “At the end of 2018 things took a very interesting direction regarding the development. We have added to the distributor portfolio exclusive in Romania a partner from Germany – Primus Line. Our company carried out a relationship for an oil pipeline for OMV Petrom with Primus line technology, a work awarded by international magazine Trenchless as the project of the year. With this partnership, we have covered the whole range of pipeline diameters on our methodology” underlined Horațiu Sebastian Calugar.

It is important to remember why these partnerships are so important. All the technologies for which CIS GAS has become a distributor are solutions for prolonging the life of steel pipelines in our country. The Romanian pipeline system is old, it is outdated in its lifetime, it cannot be replaced entirely, but it can only be repaired and maintained as well as possible by these technologies.

But perhaps the most important and complex projects in the past five years are those completed for the construction of four gas pipelines, three at home and one abroad.

“At the end of 2018, we won two auctions at TRANSGAZ, namely the realization of two large natural gas transport infrastructure projects: the 40 km pipeline and the DN500 Craiova-Segarcea, and the 35 km pipeline and the DN300 Mintia-Brad. The projects are historical, so far, for our company, in terms of size, length and diameter, and complexity,” emphasized CIS GAZ CEO.

The third historical project was the one signed in February 2019, in the Republic of Moldova for the construction of the interconnection pipeline between Iași-Ungheni-Chișinău, the largest project of the company so far, in the length of 62 km and DN600 diameter, with very strict deadlines and difficult commercial conditions.

“To make these 3 projects almost in parallel we have had a very good organization, with daily output charts and very good specialists on all levels of the site activity. All three projects were far from each other, which led to other logistics challenges,” explained Horațiu Sebastian Călugăr.

The fourth and most recent major project that started on 24 February 2020 is the construction of the Oneşti-Gherăieşiti-Leţcani gas pipeline, for Transgaz, 163 km long with DN700 diameter, due October 2021.

The financial management was the other challenge of 2019 because the firm needed large and rather fast financing, financial solutions that led to substantial increases in the company’s turnover. On the human resources side, the number of employees has doubled from 80 to 160 over the same period and is expected to increase to 250 employees during 2020.

“What we have gained through the very good organization in 2019 will help us win other similar or even larger projects in the coming years,” considers CIS GAZ CEO.

CIS GAZ worked on a partnership model with Primus line and TD Williamson to become regional or global partners and continues to be active on contracts to relocate utilities for the construction of highways (gas, water, sewerage) on the beltways of Timișoara, Bucharest, Craiova-Pitești, and Transylvania motorway.

In the period 2016-2019, the niche area of supply of natural gas to households was also not forgotten. For them, the company developed a separate department. Currently, 3.500 consumers are in delivery on this niche, with outsourced call-center and dedicated staff, which explains the very low level of switching off CIS GAS supplier, which is below 0,5%. For households, CIS GAZ is developing a project to fully digitize the contracting and billing of these services.

Another premiere in 2018 for CIS GAZ was the financial audit by PriceWaterhouseCoopers (PWC). The company, one of the Big Four in the field of auditing, will provide these services for five years and will thus help to draw the new business model of CIS GAZ for the next 5 years.

One of the directions, as both the construction and the gas market-oriented businesses have reached maturity, could be the restructuring of the business starting in 2021.

It will not only be a legal one, but also an organizational one, and a more efficient and optimized flow and financing.

Next year could bring a new rebranding, after the one that was operated five years ago.

CIS GAZ developed two local innovations: One for the mechanical protection of pipes used for under drilling and one for the internal anti-corrosion protection of pipes. Both are carried out by the company’s specialists, have been tested in the market, and are used in projects.

“We have developed a pilot project for OMV Petrom for the internal rehabilitation of a pipe with epoxy resins, the first project that was carried out in Romania by this method. The second technology is also with epoxy resins and glass fiber, a system of mechanical covering and protection of pipes used in drilling on large diameters, under rivers, roads, railways, etc.” explained Horațiu Sebastian Călugăr. 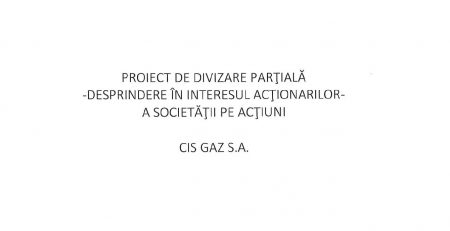 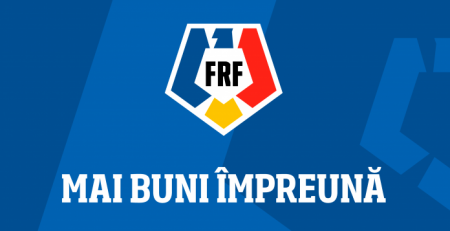 CIS Gaz became a partner of the Romanian Football Federation

CIS Gaz and the Romanian Football Federation (FRF) signed a partnership valid for one year under which the company... read more 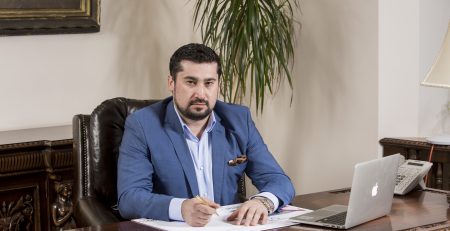 CIS GAZ is a 100% privately owned energy company founded in 1990 as a gas infrastructure construction services. It... read more